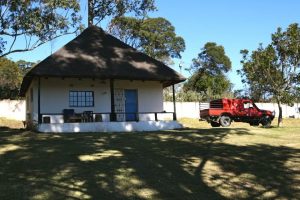 The Transkei is located at latitudes of 30-33° south (a little more than 2,000 miles south of the equator). It has 1700 km of coastline, and is commonly referred to as the “Wild Coast”, due to its untamed nature and lack of development. From its rolling coastal hills to the foot of the mighty Drakensberg Mountains (more than 11,000 feet above sea level), the land is primarily inhabited by tens of thousands of remote tribal villages, which are still governed by  local tribal authorities.

The population of the Transkei is around six million; 98% are amaXhosa. The unemployment rate is over 70%. The people of the Transkei are primarily supported by subsistence farming, with the main staple crop being millet or maize. Although livestock are raised, they are only eaten at Xhosa ceremonial feasts and special events.  Approx. ¼ of South African rain falls in the Transkei.

The Transkei has been officially renamed the Eastern Cape, but is still commonly referred to as “the Transkei”.