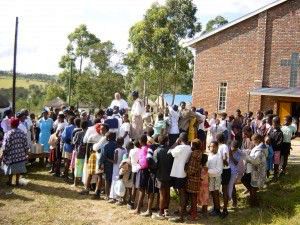 The Lord has used Kelly and Kathy to establish several major ministries and many smaller ministries. As the ministries grew and multiplied, Kelly was looking for an umbrella ministry under which all the associated ministries could come. As a result of united prayer, African Christian Ministries (ACM) was established in 2009.