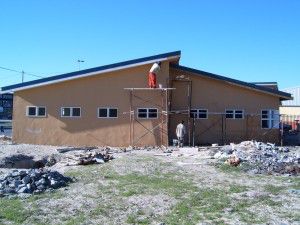 When the Koskys first came to Africa, the greatest past time among the amaXhosa was soccer. Today, it is funerals. The primary cause of death is AIDS. It is estimated that 48% of the amaXhosa have HIV or AIDS. For years the mission has prayed for help against the scourge of HIV/AIDS. While the international community had their research, conferences and symposiums on HIV/AIDS, little was being done on ground level. The ministries were doing so many funerals in a day that they were unable to share the hope of Christ with these dying people. It seemed like all the mission could do was pray.

In 2002, in the midst of prayer, the Lord seemed to say to Kelly, “Do something about AIDS !” This seemed odd, as Kelly had no medical background. Kelly didn’t know what to make of this directive. Later he received a vision for an HIV/AIDS hospital, but he didn’t feel like he was capable of establishing this HIV/AIDS project. But when your vision is so big that it scares you,  then you know that it is the Lord. Kelly seemed willing to go as far as the Lord would take him. 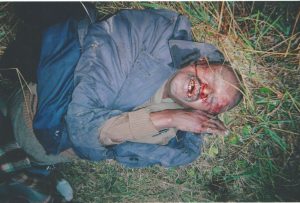 In 2003, the Lord allowed Kelly to purchase land in the middle of Khayelitsha, which is the largest Xhosa township in Africa (approx. one million amaXhosa). Soon thereafter the Lord connected Kelly with an American Christian named Alan to pray about the resources to build this HIV/AIDS clinic. As a result of their prayers Southern Cross Ministries Trust (SCM) was established to minister to those afflicted with HIV/AIDS.

In 2004, the Lord provided the resources to construct the HIV/AIDS project. Southern Cross Ministries focuses on AIDS prevention, counseling, care, testing, and treatment; including antiretroviral distribution. 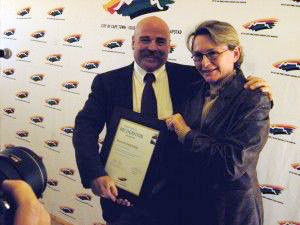 In 2005, the current Minister of the Western Cape and the Director of the Department of Health joined with the US Ambassador and Kelly to officially open the Project. In 2011, the HIV/AIDS projects ministered to around 78,000 impoverished black African afflicted with HIV/AIDS. It now is used as a model of one of the nation’s leading HIV/AIDS centers.

SCM is a registered non-profit organization, compliant with the regulations of South Africa. Kelly remains the resident director of SCM.