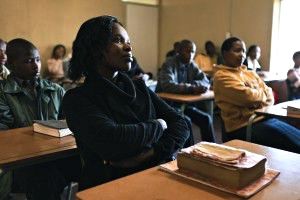 Prior to 2000 most  discipleship was done on a direct one-to-one bases. Kelly and his leadership team would spend time teaching and mentoring these new disciples.  Even though the  mission experienced revival and rapid expansion,  discipleship was limited to Kelly and the few qualified leaders  the Lord had raised up. 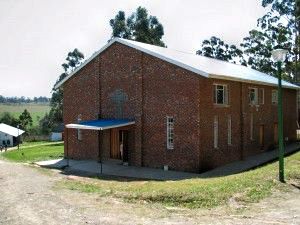 GBC is unique in many ways:

1. It is the only Bible college that teaches the Word of God in the native language, isiXhosa. Other Bible colleges require students to learn one of the ‘whiteman’s languages’ (English or Afrikaans).

2. GBC allows native leaders to learn the bible in their own culture. Other Bible colleges  require the students to relocate to the more westernized cities of South Africa to learn the Word of God, while GBC  operates in the Xhosa homelands

3. GBC doesn’t require a high school diploma for admission. GBC only requires that the students be able to read and write in isiXhosa.

4. GBC is the only Bible college that doesn’t charge students to learn the Word of God:  the Xhosa are a very impoverished people. GBC believes that nowhere in the scripture does Jesus, Paul or any teacher/rabbi ever charge to learn about the Gospel. Accordingly, GBC doesn’t charge a fee for studying the Bible.

5. GBC is the only Bible college that is governed by native black Africans (with the exception of Kelly). Almost all other African Bible colleges are governed by prominent white theologians. This governance has been an example that the African blacks are very capable of leading their own ministry.

6. GBC is registered and recognized by the South African government as a non-profit organization, and complies with all the regulations of a registered Trust.

GBC is located on the mission station in Willowvale, Transkei (Eastern Cape).